In 2006 Philip Brou moved from Columbus, Ohio to Portland, Maine. In an odd coincidence, the house he found to rent in Maine was identical to the one he had rented in Ohio. This made it very easy to decorate. However, it was an odd experience for him in the first few weeks to wake up in a house that felt like Ohio and then open the door to find Maine. Brou began to imagine that it was not just him that moved; but actually, that it was the entire house. This reminded him of Dorothy's famous tornado trip in "The Wizard of Oz." Both left the Midwest, her Technicolor Oz was his Maine.

The artist carefully watched the tornado sequence from "The Wizard of Oz" and used it to reconstruct Dorothy's house as a scale model. He built an inflatable tornado chamber to house the model. Dorothy's house hangs from an umbilical-like cord inside of the chamber. Fans are used to create cyclonic and laminar airflow that causes the house to continually spin and swing. The weight and momentum of the house moving causes the entire chamber to sway, just slightly.

The project's title refers to the pause button on my remote control. Brou used this button to obtain accurate measurements of Dorothy's home; it allowed him to temporarily stop the tornado. This project was made possible by the generous support of the Greater Columbus Arts Council, Ohio. 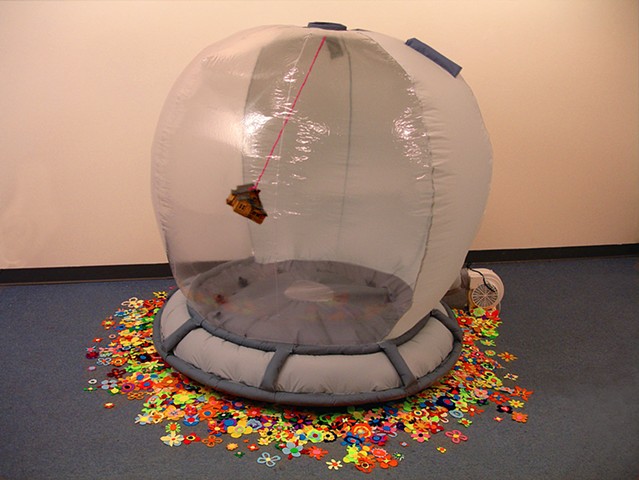 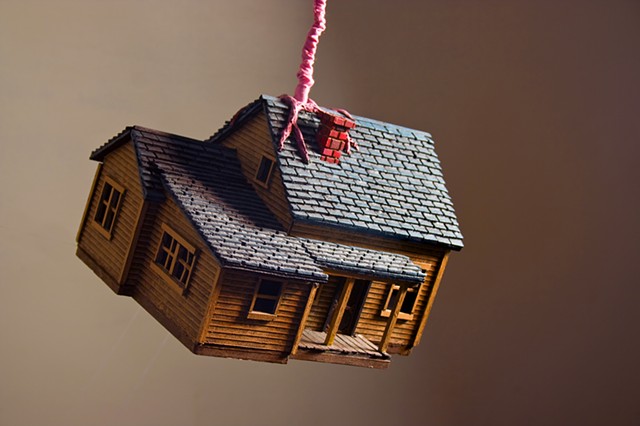 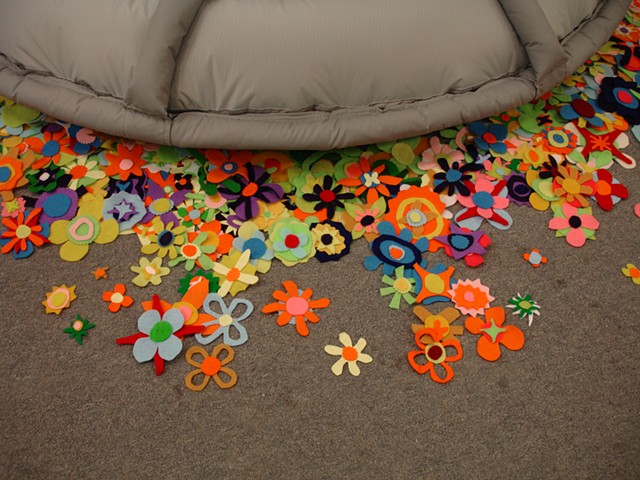 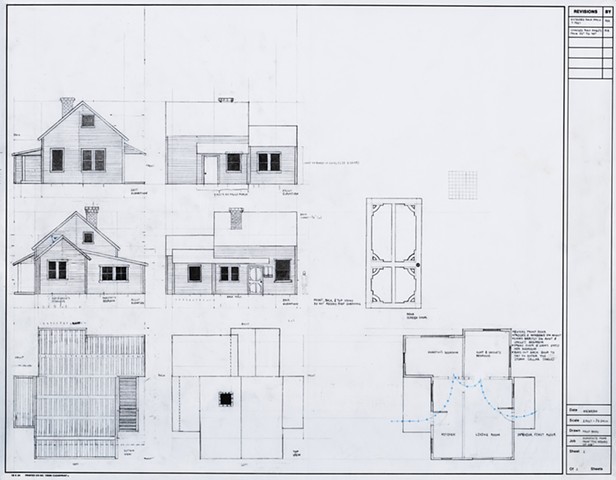 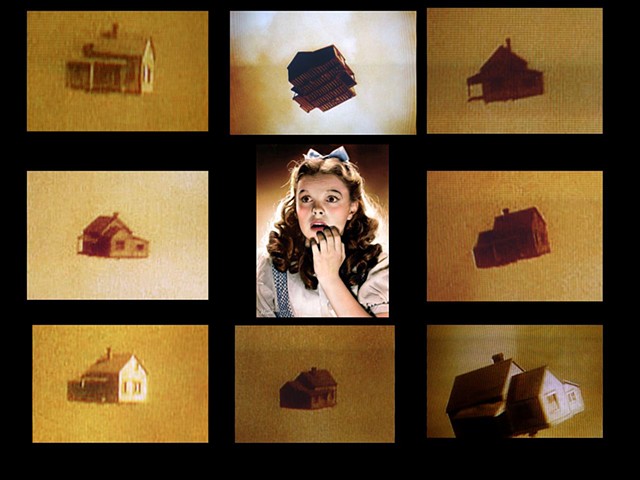