Roughly 1-week before and 1-week after Philip Brou was born NASA launched Space Probes Voyagers 1 & 2 into outer space. His current home is 691.33 miles away from his birth hospital. NASA statistics indicate that probes are now well over 8.5 billion miles away from Earth. They are the most distant man-made objects from our planet. Having been launched at practically the same time, the artist imagined the Space Probes and he were triplets. This project culminates in a modestly scaled gouache rendering of a scale model mission control room that the artist constructed. The rendering pictures an imaginary Mission Control Room for a middle-aged space probe that is now far, far from home. 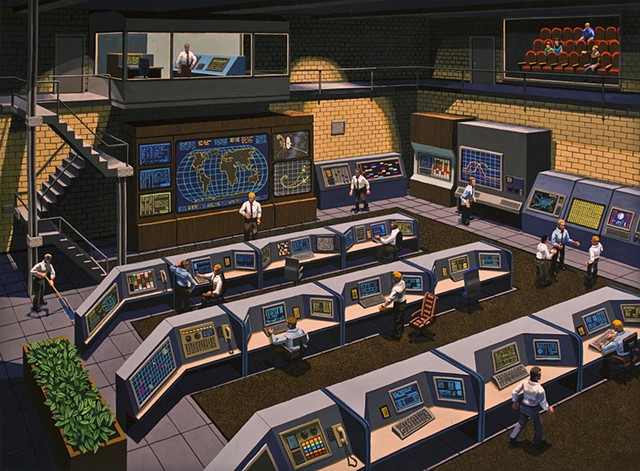 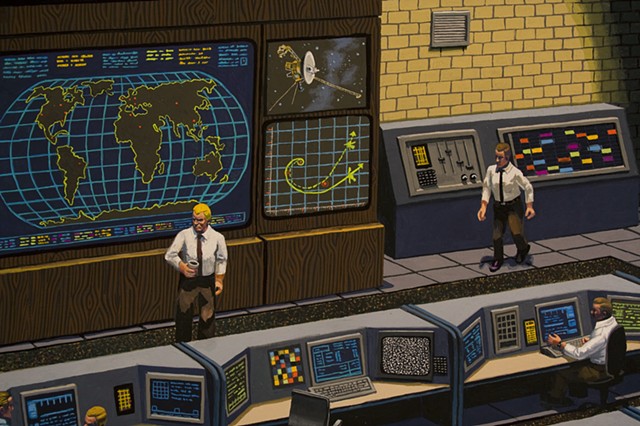 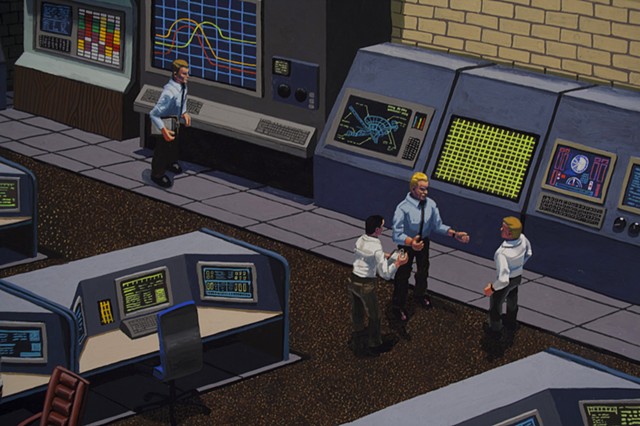